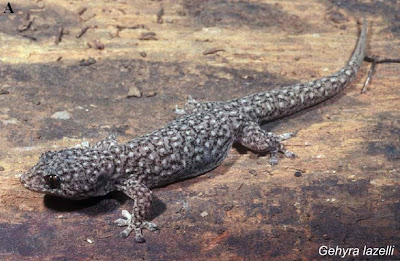 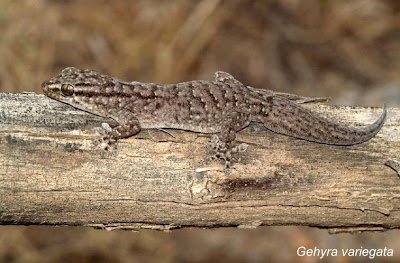 Abstract
We provide the first phylogenetic hypothesis for the Australian species of the gekkonid genus Gehyra, based on 1044bp of the mitochondrial ND2 gene. Species representing the Asian, Melanesian and Australian radiations are resolved as separate clades, indicating relative isolation and independence of each of these evolutionary lines. Within the Australian radiation, the arid zone species form a monophyletic subgroup distinct from the remaining species found in tropical and warm mesic habitats. Extensive chromosome variation and highly variable external morphology have made species recognition difficult within Gehyra, exacerbated by the likely presence of numerous undescribed cryptic species. Three species of Gehyra are currently recognized in the southeastern inland of Australia, G. variegata, G. montium and G. purpurascens. We re-describe a fourth species, G. lazelli, to include those populations long referred to informally as the 2n=44 chromosome ‘race’ of Gehyra variegata. Gehyra lazelli widely overlaps the distribution of G. variegata in South Australia and the southern inland of New South Wales, with no suggestion of intergradation in morphology, mitochondrial DNA, allozyme variation or karyotype.
張貼者： 版主 於 上午10:38