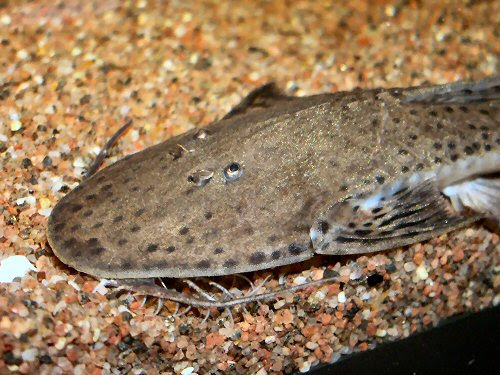 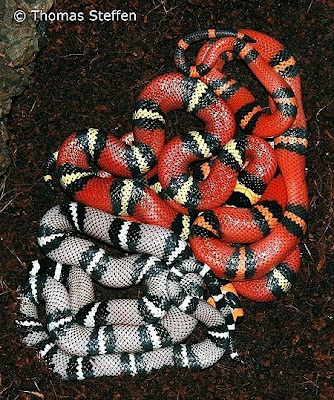 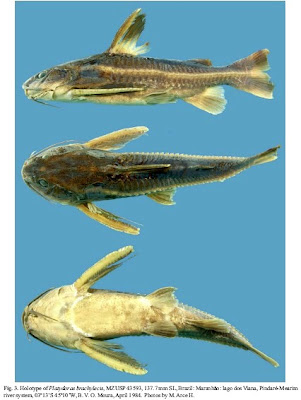 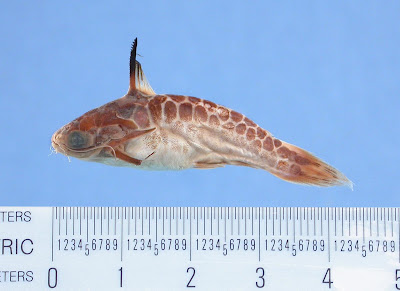 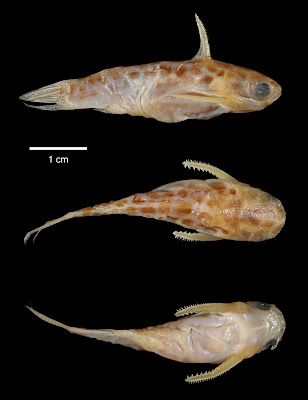 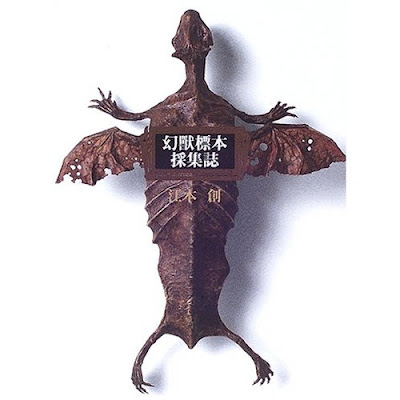 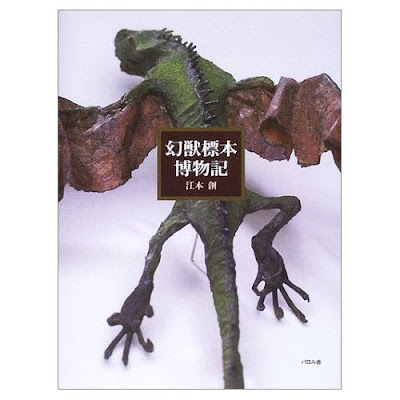 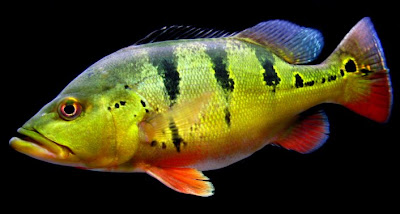 Despite recent progress on the higher-level relationships of Cichlidae and its Indian, Malagasy, and Greater Antillean components, conflict and uncertainty remain within the species-rich African, South American, and Middle American assemblages. Herein, we combine morphological and nucleotide characters from the mitochondrial large ribosomal subunit, cytochrome c oxidase subunit I, NADH dehydrogenase four, and cytochrome b genes and from the nuclear histone H3, recombination activating gene two, Tmo-4C4, Tmo-M27, and ribosomal S7 loci to analyse relationships within the Neotropical cichlid subfamily Cichlinae. The simultaneous analysis of 6309 characters for 90 terminals, including representatives of all major cichlid lineages and all Neotropical genera, resulted in the first well-supported and resolved generic-level phylogeny for Neotropical cichlids. The Neotropical subfamily Cichlinae was recovered as monophyletic and partitioned into seven tribes: Astronotini, Chaetobranchini, Cichlasomatini, Cichlini, Geophagini, Heroini, and Retroculini. Chaetobranchini + Geophagini (including the "crenicichlines") was resolved as the sister group of Heroini + Cichlasomatini (including Acaronia). The monogeneric Astronotini was recovered as the sister group of these four tribes. Finally, a clade composed of Cichlini + Retroculini was resolved as the sister group to all other cichlines. The analysis included the recently described †Proterocara argentina, the oldest known cichlid fossil (Eocene), which was placed in an apical position within Geophagini, further supporting a Gondwanan origin for Cichlidae. These phylogenetic results were used as the basis for generating a monophyletic cichline taxonomy. 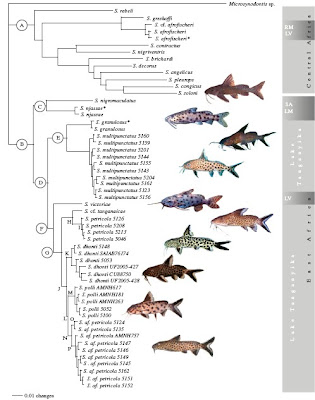 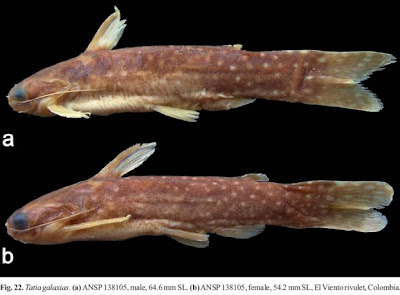 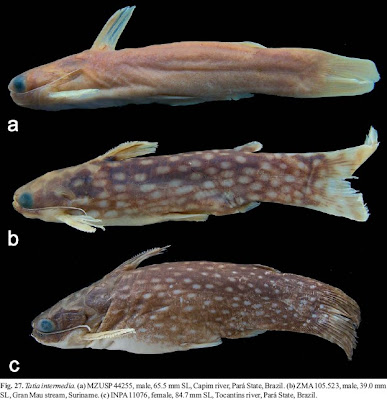 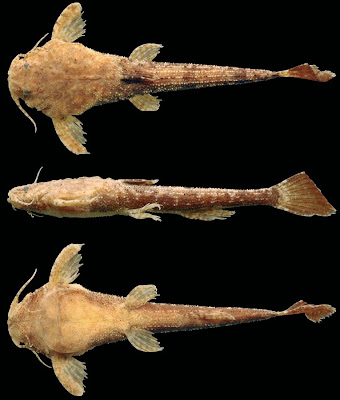 Friel, J.P. (2008) Pseudobunocephalus, a new genus of banjo catfish with the description of a new species from the Orinoco River system of Colombia and Venezuela (Siluriformes: Aspredinidae). Neotropical Ichthyology, 6 (3): 293-300.
張貼者： 版主 於 下午10:59 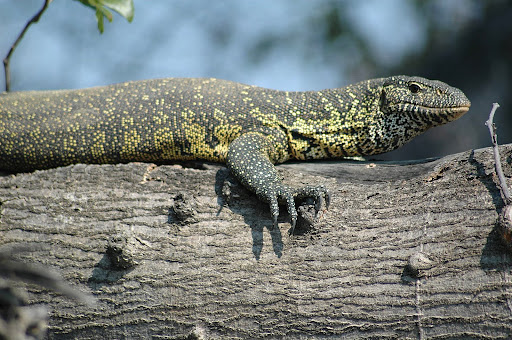 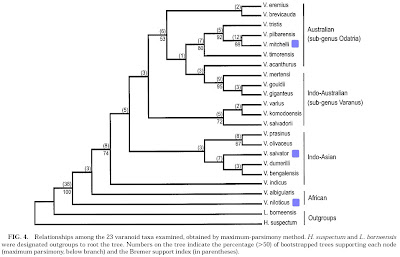 [Article]The first case of aggressive mimicry among lamprologines in a new species of Lepidiolamprologus (Perciformes: Cichlidae) from Lake Tanganyika 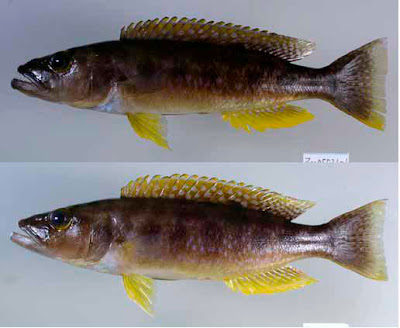 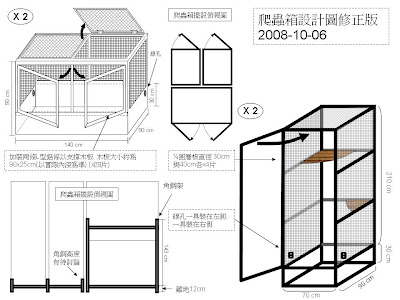 Flávio C. T. Lima, Heraldo A. Britski and Francisco A. Machado: A new Moenkhausia (Characiformes: Characidae) from central Brazil, with comments on the area relationship between the upper rio Tapajós and upper rio Paraguai systems, pp. 45-54 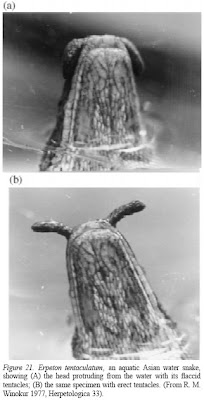