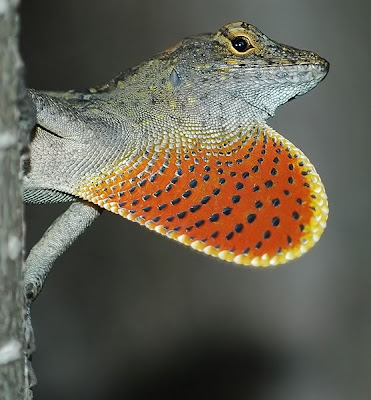 Abstract
The brown anole, Anolis sagrei, is one of the most widespread and successful colonisers of the diverse Anolis genus, which comprises c. 400 species occurring naturally in Central and South America and the Caribbean. Based on extensive between and within population sampling from a previously published study (334 mitochondrial DNA sequences) and sampling for this study (37 mtDNA sequences), we reconstruct a phylogeny and produce a haplotype network to assign a recently introduced population in St Vincent, Lesser Antilles to its geographic origin. A single haplotype was present in the St Vincent population, which was identical to a haplotype from Tampa, FL. We show that genetic diversity within native range populations, combined with low frequencies of introduced haplotypes in native ranges, may impair attempts to identify source populations, even despite intensive sampling effort. The absence of mtDNA haplotype diversity suggests a significant genetic founder effect within the St Vincent population.
張貼者： 版主 於 下午7:26