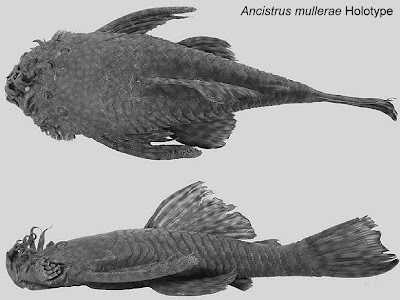 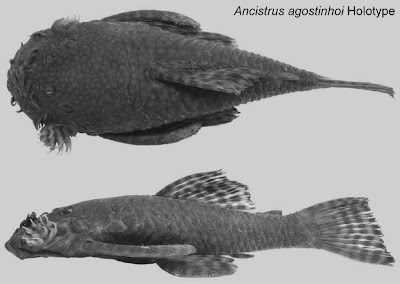 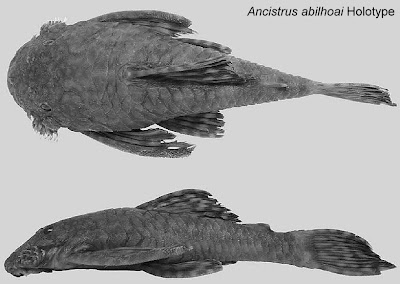 文獻來源: Bifi AG, Pavanelli CS, Zawadazki CH. 2009. Three new species of Ancistrus Kner, 1854 (Siluriformes: Loricariidae) from the Rio Iguaçu basin, Paraná State, Brazil. Zootaxa 2275: 41-59.
Abstract
The Rio Iguaçu basin, a tributary to the left bank of the Rio Paraná, is characterized by high endemism of fish species. Several specimens of Ancistrus, family Loricariidae, were recently caught in that river and they were attributed to three new species that are described herein. They can be diagnosed from their congeners by having short maxillary barbels which are not free from the lower lip, by lacking pre-anal fin plate and also by morphometric and meristic traits. Comments on the geographic distribution of those species and congeners are also provided, in addition to a key to the species from the Río de La Plata and coastal basins from southern Brazil.
張貼者： 版主 於 上午10:14